The Magazine from Cover to Cover Third Edition 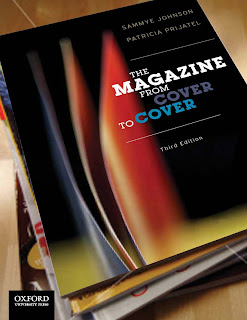 The third edition of the textbook I coauthored, The Magazine from Cover to Cover, has an all-new chapter on digital and online magazines by Lori Blachford, Peggy Fisher and Larry Stelter Chair of Magazine Journalism at Drake University.  Plus updated information elsewhere.

Posted by Patricia Prijatel at 10:06 AM No comments: Links to this post

Remember why you wanted to be a writer?  The love of language, the joy of reading and writing.  But do  you feel you’ve lost your soul to SEO?  Are you tired of expressing yourself in bullet points and subheads?
Let’s have fun with writing again.  Join me for this morning workshop and we’ll get inspired by the work of award-winning journalists and authors and celebrate how their words soar, their thoughts engage.
Then we’ll discuss what this means to you, including new ways to publish essays, long-form journalism, and books.
9 am - 12:30 pm
March 10
Meredith 104
Drake University
28th and University
Des Moines, Iowa


TO REGISTER:  Contact Shari Tenney at the Drake University School of Journalism and Mass Communication.  Registration also available at the door.
ABOUT ME:  I have had more than 25 years of experience coaching writers, as architect of Drake’s magazine journalism program, founder of The E.T. Meredith Center for Magazine Studies, and the co-author of The Magazine from Cover to Cover.  My latest book, A Survivor’s Guide to Triple-Negative Breast Cancer, will be published this fall. And, yes, I blog.
Posted by Patricia Prijatel at 2:16 PM No comments: Links to this post

I Want Her Job recently profiled Bridget, a digital strategist for Beehive PR in St. Paul, Minnesota.
Posted by Patricia Prijatel at 5:28 PM No comments: Links to this post

Telling Stories, a troupe of classical musicians and writers based in Colorado, was cited by the Denver Post as a "scrappy outfit" that might help keep classical music alive for young listeners. Drake's very own Jennie Dorris founded the group in 2006.
Posted by Patricia Prijatel at 5:05 PM No comments: Links to this post

Erika's photos of Mexico are highlighted in this Washington Post article on tropical rain forests.
Posted by Patricia Prijatel at 5:00 PM No comments: Links to this post

Jonathan posts some of his incredible photography from around the world. His profile:

Jonathan Hanson (b.1981, USA) received his B.A. in Magazine Journalism and English from Drake University and attended Ohio University’s Visual Communications MFA for a year and attended the Eddie Adams Workshop in 2010. He has been based in Baltimore for the past two and a half years after spending close to a year between Santa Fe, NM and San Miguel de Allende, Mexico where he worked for the Santa Fe Workshops. After his adventures in Mexico, he returned to the U.S. and began his freelance career. His work has been recognized by The Magenta Foundation Flash Forward Award 2010, the National Press Photographers Association and The International Color Awards. Clients include, The Wall Street Journal, The London Times, The New York Times, Bloomberg News, NPR, The Advocate, AARP Bulletin and USA Today among others.

Posted by Patricia Prijatel at 4:57 PM No comments: Links to this post

Services for Erika Hoefer ('05) will be Thursday, July 1, 2010, at Atonement Lutheran Church in Beloit, Wisconsin. Visitation is on Wednesday, July 14, from 5-8 p.m. at Daley Murphy Wisch Chapel. A memorial will be established at a later date. For more information, check the funeral home's site. My comments on Erika are in a previous post and my thoughts and prayers are with her family and friends.
Posted by Patricia Prijatel at 7:54 PM No comments: Links to this post 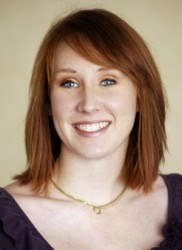 When students graduate, professors look at the promise of their future and hope the world will be kind to them. We never think their future might last only five short years.

Erika Hoefer’s (’05) dreams came to an abrupt end in the mountains of western Montana last Sunday when the private plane she was on crashed and all those on board were killed.

As I think of Erika, I remember her vitality. I know that might seem overly dramatic to say a few days after her death—forced, even. It’s not. Erika really did have both personal and mental energy. I remember the media kit she designed for Launch, one of the capstone projects of the magazine sequence her senior year. She was creative director, which meant she could combine her many interests in photography, graphic design, writing, editing, and magazine economics. The media kit demonstrated that she understood the latter—and not all students did, that’s for sure. But the kit had the most amazing graphic presentation—full of energy that made the facts accessible and enjoyable to pore over. I still have a copy of it and I look at it from time to time, remembering Erika and the rest of that talented staff. I am so proud of them all.
Of course, I remember her striking looks. That beautiful red hair, her tall, confident bearing. I am not a heightist, but I always liked when I could look a student in the eye, rather than having to bend down a foot or so. We tall women do have a bond.
Would Erika have thought, a week ago, that she would be so widely mourned? That those who studied and played and created with her at Drake would be devastated? Could she have foreseen that I would cry when I read the story about her airplane being found, dashing my hopes that she might have made it out alive? I suspect not.
Angela Renkoski, another of Erika's magazine professors, said this tragedy reminded her that Drake is very much a family to students, staff, and teachers. We both recalled Erika in an article in Drake Blue, written by her classmate Tory Olson. We have lost a member of our Drake family and, in our sadness, we can only imagine the grief felt by Erika's parents and other family members.
Erika knew I was thinking of her on the trip, because she posted on Facebook that she was going over Glacier National Park in a private plane. What an adventure, I thought. What a match for Erika. I hit the “like” button.
She headed out on that last trip, a young woman who always took life in her confident stride. Life did not respond with such generosity this time.
I am glad I reconnected with her on Facebook, glad that I could see how her life was unfolding, that the small and the large of it were rewarding. I wanted to keep reading about it, though.
I was hoping for some great photos of her trip over Glacier.
I was hoping for more than 27 years of Erika.
Posted by Patricia Prijatel at 5:51 PM 2 comments: Links to this post

NEW YORK (AdAge.com) -- More major media companies are looking for ways to find cheap content. Thomson Reuters, Cox Newspapers and Hachette Filipacchi have run articles supplied by Associated Content, one of several companies, such as Demand Media and AOL's SEED, that mines reporting from masses of freelancers for as little as $5 a story.

Hachette is using Associated to supply some content for its Woman's Day site. Thomson Reuters experimented with Associated for a limited period of time last year but plans to ink similar deals in the future, whether with Associated or another content provider. And Cox's Atlanta Journal-Constitution published a handful of articles from Associated last summer; it is now running regular articles supplied by Demand Media.

Such partnerships further the ongoing shift among established news operations to capitalize on the availability of cheap content, such as USA Today's recent deal with Demand Media, which is using its network of freelancers to supply pieces for a new Travel Tips section on USA Today's website. More.

Posted by Patricia Prijatel at 10:26 AM No comments: Links to this post

Note to Advertisers: Print is Not Dead

An excellent blog post from Folio on the advertising climate for print magazines and how advertisers--once again--are missing the point:

Some of the biggest players in consumer magazine publishing kicked up a lot of buzz earlier this week when they announced the launch of “Magazines, The Power of Print.” The seven-month campaign is expected to roll out with the May issues (April 5 for weeklies) of nearly 100 print magazines and their Web sites. The purpose? To remind readers, and especially advertisers, that the print magazine medium is still very much alive, and kicking.

Since posting our news story about the campaign, I’ve heard a number of valid questions asked about it. First off, why now? To some, this sounds like an attempt (a few say a desperate one) to cling to a shrinking medium.

That’s not so, says Hearst Corp. executive vice president and publishing director Michael Clinton. In addition to Hearst, the campagin was formed jointly by Time Inc., Condé Nast, Meredith Corp. and Wenner Media. “It is a misperception that print is a shrinking medium,” Clinton told me this morning. “It is a growing medium—audiences are growing, subscriptions are growing, etc. The magazine business, collectively, has said that we have this incredibly dynamic medium that consumers love and spend money on, and we need to tell that story in a bigger way. MORE

Posted by Patricia Prijatel at 7:23 AM No comments: Links to this post

Tanner has what sounds like a fun job, but there is work involved, like watching Broadway plays. (Seriously, writing for a weekly can be highly stressful.) Here is Tanner's review of Stuffed and Unstrung on ew.com.
Posted by Patricia Prijatel at 10:53 AM No comments: Links to this post 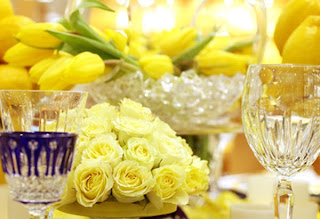 Planning a wedding? Check out Oprah.com's guide, complete with photos by Drake magazine grad Amanda Hein.
Posted by Patricia Prijatel at 10:47 AM No comments: Links to this post

People magazine Leads Media Week's Top Ten Magazine Hot List 2010, followed by Women's Health, Cosmopolitan, Men's Health, The Economist, Sports Illustrated, Runners World, family Circle, More, and Parent and Child. Solid mags all, clear about their audience and mission, proving once again that print is not dead. Most, however, also harnessed social media and some-—People, Women's Health, Men's Health--jumped on the apps bandwagon effectively. As Media Week editors write. "People magazine's brand seems to be everywhere." Others made their case successfully to readers and advertisers, maintaining a healthy bottom line in a year of economic turmoil that bumped many titles off the map. Parent and Child, for example, a Scholastic magazine, now has ads from CVS and Olay, for a 9.7 percent ad increase in 2009. Read more here.
Posted by Patricia Prijatel at 7:07 AM No comments: Links to this post

The society accepted entries in 39 categories from across 12 regions for work in the 2009 calendar year.

"To have six finalists is a testament to the quality of the work our students are doing," said Lori Blachford, the Peggy Fisher and Larry Stelter Chair in Magazine Journalism and faculty adviser for Drake Magazine. "I'm especially proud that Drake students are excelling in both print and online formats. That kind of versatility is essential in the ever-changing media environment." MORE

Posted by Patricia Prijatel at 4:05 PM No comments: Links to this post